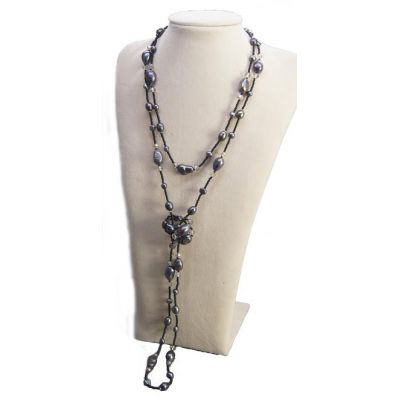 It is 63" long. You can wear it double, triple or just as one long necklace.

BROUGHT TO YOU BY